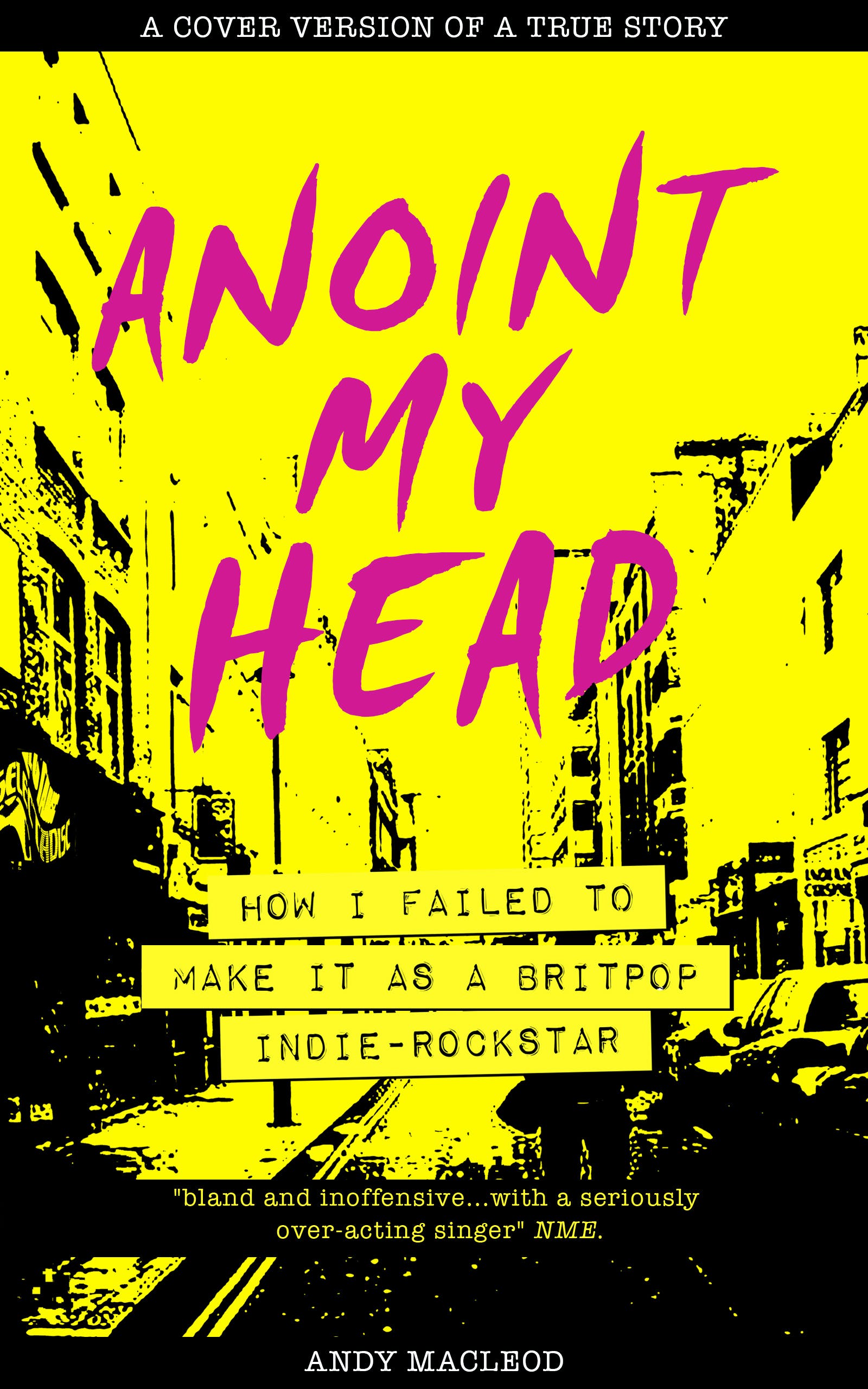 "Captures the time and the aspirations of a young band brilliantly. A great eye-opener into the absurd thought process of what it might take to headline Glastonbury!" Steve Lamacq BBC 6 Music

"A healthy measure of Nick Hornby with a dash of Adrian Mole had he joined an indie band. Just the tonic for these serious and uncertain days. Bottoms up!"

It’s 1992 and Horace dreams of becoming a rockstar with his band the Pointy Birds. The only problem is that his day-job (mis)filing vinyl in a Soho record store is stealing all his time and energy, plus rival bands like Suede, Blur, Pulp and Radiohead are moving on to bigger and better things. But then someone called Ricky offers his services as a band manager and at last the dream can start.

Anoint My Head is the tale of a band who didn’t become rich, or famous but had a manager who did. It is also the story of a musical era, and documents the rise of some of the biggest British Britpop bands of the nineties, plus a comedian who went on to write quite a successful sitcom about a paper merchants in Slough.

A coming-of-age story about pursuing your dreams and what happens when reality gets in the way.

GET PART ONE OF THE EBOOK FREE!